The CAF Africa Cup of Nations (CAN), also known as AFCON, is the main international men’s national football team tournament in Africa under the Confederation of African Football (CAF). It is currently known as the Total Africa Cup of Nations due to sponsorship. The first edition was held in 1957 and since 1968 the tournament has been held every 2 years. Since 2013, AFCON was switched to odd-numbered years.

Find the best football betting tips for the Africa Cup of Nations (CAN). Our analysts provide Soccer predictions for today and tomorrow.

More details for the Africa Cup of Nations 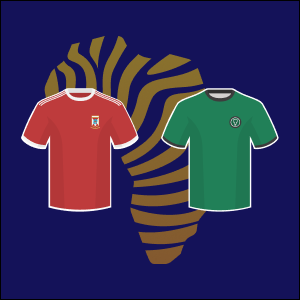 The Super Eagles will continue their quest for a place at the next African Cup of Nations as they will be the guest of minnows Sao Tome and Principe. This will be the first meeting between both sides and the Nigerians are favourites to win. Another factor in favour of Jose Peseiro’s men is that ... More 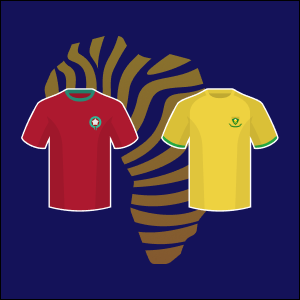 Morocco will be their push for another AFCON appearance in this home tie against South Africa. At the last edition of the continental showpiece, the Atlas Lions crashed out in the Quarter Finals at the hands of North African rivals Egypt. In this game, they will be hoping to get off to a winning start ... More 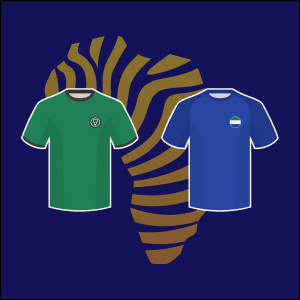 After the disappointment of missing out on the Qatar 2022, the Super Eagles will begin their quest for redemption with a game against fellow West Africans, in Sierra Leone on Thursday. The team have suffered intense criticism for their dismal performance at the last AFCON and their inability to get past Ghana in the race ... More 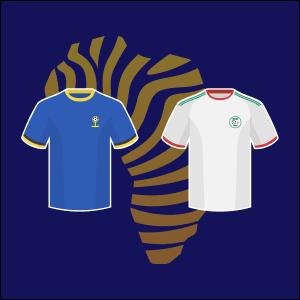 Following a failure to defend their opening goal on their travel, Tanzania was forced to share points with Niger as they draw 1-1. Their game with Algeria will never be at ease as the desert warriors are so keen to impress everyone that they are still in good shape. Algeria had a good start with ... More 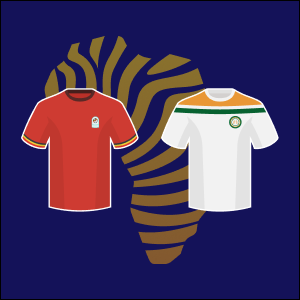 Uganda and Niger are meeting up after playing their first group matches where Uganda was hammered by Algeria 0-2 and Niger managed to share points with Tanzania on a 1-1 scoreline. The Cranes really need to up their game as they are currently at the bottom of the group. Uganda will be looking for a ... More 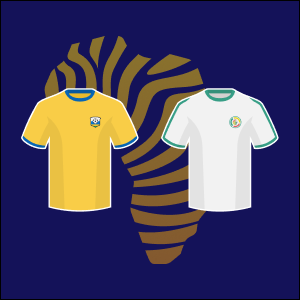 Rwanda begun this Africa Cup of Nations Qualifiers campaign with a respectable draw away to Mozambique. They are hoping that home advantage will give them a positive result against the next opponents. African champions Senegal kicked off their campaign with an emphatic 3-1 win over Benin. They are likely to notch another winner here based ... More 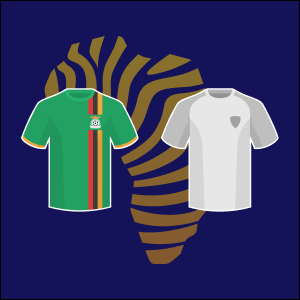 Group H, African qualifiers for Chipolopolo of Zambia started on a slippery note after they failed to gun down the Elephants of the Ivory Coast. The Chipolopolo boys will this Tuesday host Comoros in Lusaka at the Heroes Stadium. This fixture is an opportunity for the Chipolopolo to start winning after recording the third loss ... More 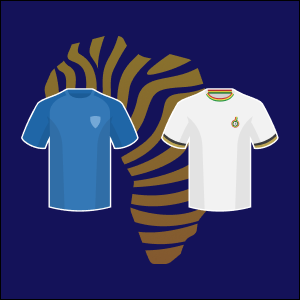 After failing to clinch a win in their opening match in Angola, The Central African side will be looking for redemption when they host the black stars of Ghana on Sunday at Estadio 11 Novembro. Central Africa has no win in their last five games, a turnaround here will boost their confidence and will once ... More 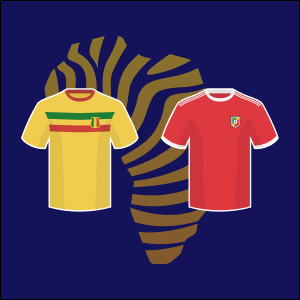 The thrills of African football continues this weekend as Mali and Congo slug it out in the opening Group G AFCON qualifier. The Eagles of Mali, in search of a 9th straight appearance at the continental showpiece, will look to fly past Congo and get the campaign off to a bright start. For Congo, the ... More 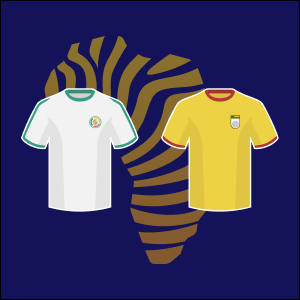 Senegal has lost just one match in their last 20 games in a row, this is very intimidating especially when looking into their players’ status in international tournaments. It is undeniable they are the favorite team in this encounter. Coming from a 1-0 sweet victory against the Egyptians, they will be playing to maintain their ... More 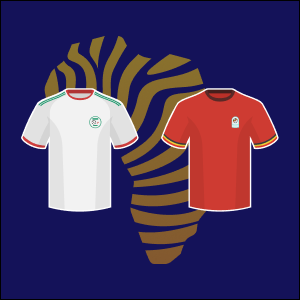 Algeria will seek to cheer up its fans in the first encounter of their Africa Cup of Nations qualifying campaign against Uganda, following its failure to inspire in the World Cup playoffs. The Cranes had a slew of defensive issues in a 4-2 friendly loss to Uzbekistan in March and will be looking to make ... More 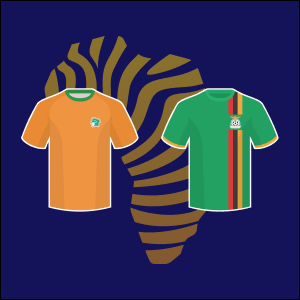 Group H, African qualifiers kicks start with Ivory Coast hosting Zambia in their opening fixtures. The Elephants will hope to start off this campaign on a winning note, though losing their last two friendly games, a win at home is most likely and the last time these two teams met in a friendly game, Ivory ... More

What kind of AFCON predictions do we offer?

ATTENTION: Scroll to the right to see the full table on smartphone!

ATTENTION: Scroll to the right to see the full table on smartphone!

The Africa Cup of Nations 2021 will be held in 6 different venues located in 5 cities across Cameroon. The capital Yaounde has 2 stadia – the Olembe Stadium and Stade Ahmadou Ahidjo stadium. Other venues include Japoma Stadium in Douala, the Limbe Stadium in Limbe, the Kouekong Stadium in Bafoussam, and the Roumde Adjia Stadium in Garoua. Olembe Stadium in Yaounde will host the opening ceremony and the final match of the tournament.

AFCON 2021 will comprise 24 teams in 6 groups (A to F), with four teams in each of the groups. The hosts, Cameroon, are placed in Group A. While defending champions, Algeria, are drawn in Group E.

The top two teams in each group as well as the the four third best finishers in the various groups will advanced to the round of 16.

The tournament will have 24 teams divided into 6 groups of four teams each. The teams in each group will play each other in a single round robin format and be ranked according to their performance. The top 2 teams from each group will advance to the round of 16 where they will be joined by the top four 3rd-placed teams from the groups. From the Round of 16 onwards, the teams are paired to play each other and the winners proceed to the quarter-finals, semi-finals, and eventually the finals. Before the final match there will be a 3rd-place play-off match between the 2 semi-finals losers.

In the group stage, teams are ranked on points. In case two or more teams tie on points, the head-to-head matches are first considered, followed by goal differences, and then goals scored. If there are teams tied after all these considerations, there will be drawing of lots to determine which of the teams proceed.

A total of 52 teams entered the qualification round for the AFCON 2021 tournament. The teams were seeded based upon their June 2019 FIFA World Rankings. This saw 44 teams going directly to the group stage while the remaining 8 had to play a preliminary round to determine the winners to join the group stage of qualification. The final 48 teams were drawn into 12 groups of 4 teams each. The teams in each group played each other in a home-and-away format, and the top 2 teams from each group qualified for the tournament proper.

Tips and forecasts including the following bets:

Casual 1×2 bets, double chance, over & under and correct score bets. Moreover halftime/fulltime, number of goal and handicap bets. If applicable, we will go even deeper and provide even more special bets and odds.

If the situation is like this: Favorites are very likely to win, this means that odds will be comparatively low. In this case we would suggest you should take the risk and place a 2 out of 3 systembet. That means you combine 3 matches to a system bet! Take 2 banker bets (2 favorites with low odds) and 1 more risky bet on an outsider that is in good shape. If the outsider wins and one of the other 2 bets as well, you can increase your winnings substantially. If the risky bet goes wrong, you still will have the 2 banker bets and you can win as well.

What do we analyze for Africa Cup tips?

Our betting professionals are taking great effort and spend a lot of time analyzing matches. This means you can benefit from their expertise without spending too much time! Grab this chance and make big winnings in short time.

Our experts are looking at statistics like: home and away results of previous matches, possible squads and recent performance, injured or booked key players and a lot more.

Moreover, all this information will be combined with betting facts like odds of different bookmakers. Find analysis for the likelihood of a certain results and discover sure bets and value bets. In the end our editors will be able to provide the best bets for a certain match with the highest return on investment.

For whom are Africa Cup tips made?

We want to provide our free football betting tips and analysis for people with little time and lower experience in betting! We do all the hard data digging work for you and you will get the result! The only thing you have to do is to read our prediction and place your bet.

The Africa Cup of Nations is the biggest football event on the African continent organized by the CAF (Confédération Africaine de Football).

Unlike the European Championship, the “Africa Cup of Nations”, better known as the Africa Cup, does not take place every four but every two years. Around June/July (sometimes also January/February) , the best football nations from the second largest continent meet to play out their winners. The Africa Cup was played for the first time in 1957, when Egypt prevailed. The tournament has been played every two years since 1968, and 16 teams have participated since 1998. In 2019, 24 African national teams took part for the first time.

Preliminary round consists of 6 groups with 4 teams each. The winner and runner up of each group, plus 4 best teams on 3rd place, qualify for the round of 16. From this stage onwards the Africa Cup is played in knockout mode until the final.

Record winner of the Africa Cup is Egypt with 7 titles – with 3 consecutive wins in 2006, 2008 and 2010. Second in the list of winners is Cameroon with 5 titles and third is Ghana with 4 titles.

Current title holder is Algeria with a win over Senegal in the 2019 Final in Egypt.

The Africa Cup is one of the major football events on the African Continent. Therefore, bookmakers offer a huge number of bets on all matches of the Cup. All bookies and all teams participating in the Africa Cup are closely watched by different authorities and fraudulent behavior is very unlikely – you can consider your bets safe.