A total of 32 teams from various federations across the globe will be battling for the FIFA World Cup 2022 in Qatar.

The event this time will be held from November 21 to December 18 2022 as opposed to the traditional June/July date due to the intensity of the heat in Qatar. As part of the preparations, the stadiums in Qatar will have high-tech cooling systems installed so as to ensure the conditions on and off the pitch are at optimum temperatures.

Here at Betting Tips Africa, we are set to provide up-to-date information on the 2022 World Cup, including the fixtures, the results as and when they happen and most importantly the match previews and betting predictions for just about all the matches from the group stages the knockout stages, all the way to the final!

Our reviews are usually published at least 3 days before the matches kickoff and our experts will delve deep to analyse all the information coming through from the tournament including possible lineups and formations, the stats from previous matchups and the form and trend of the various teams coming into the tournament matches. This will be useful in providing the proper context for all the free betting tips that we provide.

Check out our football betting tips for the Football World Cup 2022 and even more Soccer predictions for today and tomorrow. 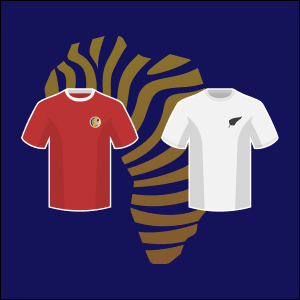 Considering the clubs’ recent string of victories, we’ll bet on a high-scoring aggregate in this matchup. In 3 of the last four matches, Costa Rica has scored two goals each match, while New Zealand has netted 13 goals in its last five. Furthermore, only Costa Rica scored four goals in the previous H2H between the ... More

+++ WC tips will be available only some days before the start +++

Which World Cup predictions do we offer?

For this world cup, we will have these types of predictions

These are bets covering the common bet types like 1×2, the over & under bets, handicaps, double chance etc. We will scour the bookies to present the best prices and our tips are written in clear and concise terms giving sufficient evidence to back up our reasoning for the bets

Are you looking to cash in BIG on world cup tips? Well, we have you covered with our accumulator betting tips that will select a number of the upcoming world cup and pick selections that you can put in your multibet to give you an opportunity to get BIG returns on the multibets. We have over the years had a lot of accumulators cashing in for our users and we intend to keep the streak alive.

Of all the banker tips we present, we will narrow down a few select tips that we believe have the highest probability of landing. If you are looking for a bet that will have you smiling all the way to the bank, this is the place to get it!

France are the defending champions after lifting the trophy in Russia four years ago. However, this year Brazil come in as not only the number 1 ranked team in FIFA but also the bookies’ favourite to hoist the golden trophy for a record 6th time when the dust finally settles.

As we saw with Croatia’s epic run to the final, there is always a chance that an underdog (dark horse) can emerge and cause a few upsets along the way.

Here are the current odds for the teams to make it to the Last 16 from the different groups. Follow the link to find out more about our bookmaker comparison and especially about the betting bonus sites.

NOTE: These odds are correct as at 14th June 2022 but are subject to change depending on the market factors. The odds will be updated as and when the changes occur on  a constant basis

This time round we have just eight venues in use at this winter’s World Cup, which is the least amount of stadia used since the 16-team tournament started at the 1978 World Cup in Argentina.

Qatar the host has gone to great lengths to ensure safety and convenience of travel by making sure the stadia are within a 21-mile radius of central Doha, with a metro and tram system linking all of them.

The Lusail Stadium is the top venue for the tournament and is set to host the opening fixture, the final and other key games in the course of the competition.

The Full List of the Stadiums is as follows:

As usual, all the 32 participating teams at the world cup were put in 8 groups.

Over 12 match days, four matches will be played daily during the group stage. Afterwards, group winners and runners-up will proceed to the round of 16.

Unlike at the Euro 2020 tournament, there will be a third-place play-off match which will be played on December 17.

The 2022 World Cup Groups are as follows:

The dates for the various stages of the 2022 World Cup are as below:

In the Round of 16, we will have the groups paired up and winners in one group face the runner-ups from the other.

Group A was paired with Group B, C with D, E with F and G with H.

As always teams from the same group are on the opposite side of the brackets and they can only face each other again in the final if they get through their respective knockout matches.

Qatar as the host nation are given automatic qualification for the 2022 World Cup. As for the other remaining teams, based on the quality and the number of members in each federation, FIFA has assigned a specific number of qualifying slots for each continent as follows to make up for the remaining 31 participating countries:

North, Central America and Caribbean: 3 or 4

In the case where two potential numbers are provided, teams from those federations are involved in playoff tournaments to determine the final qualifiers.

The continental football bodies like UEFA, CONCACAF, CAF etc have the autonomy to determine their respective qualification tournaments to choose their representatives.  Usually, teams play a series of round-robin fixtures to determine the qualifiers or as is the case in Europe, group games and a series of play-offs for teams finishing 2nd in the groups.

What do we analyze for our World Cup tips?

Our team of dedicated experts use our in-house tools to analyse the World Cup matches. We look at the stats relating to the form of the teams playing, info about their possible starting lineups, any injuries that may compromise one team or the other, recent performances and a lot more.

The info gathered is then carefully assessed alongside the various betting markets availed by different bookies in order to pick the most likely outcomes that would provide the best value and returns for our users.

Only eight nations have won the world cup title. Brazil is the most successful World Cup team, with five titles followed by Italy and Germany who both have four. The other former winners are Uruguay (who won the inaugural tournament), Argentina, and France with two titles each, and England and Spain with one title each.

The first official World Cup was played in Uruguay in 1930. Since that time, the tournament has been held every fourth year (except in 1942 and 1946 due to the Second World War). Previously football had been incorporated as part of the Summer Olympics. At the time, football was becoming a properly organized professional sport and there were suggestions to organize a proper tournament for it devoid of the amateur nature of the Olympics.

Subsequently, two Frenchmen, Jules Rimet and Henri Delaunay, came up with the proposal for the World Cup to be held every 4 years. That golden World Cup trophy was actually named in honor of Jules Rimet!

The 2022 World Cup tournament will stick with the traditions of past editions with the 32 teams put into 8 groups (A to H) for round-robin matches. They will then be narrowed down to 16 teams, with the top two teams from each group advancing to the round of 16.

The 16 group-stage qualifiers will play a knockout competition with the winners proceeding to the quarter-finals and the losers packing up and heading home.

The 8 quarterfinalists will again face off in another knockout round with the four winners proceeding to the semifinals and finally the finals. The two losing semi-finalists will square off in the 3rd place playoffs will precede the finals.

Please note that there has to be a winner in every knockout round match. If we do not have a winner at the end of normal regulation time (i.e 90 minutes plus injury time), then extra time (30 minutes) and if necessary, post-match penalties, will be used to determine the winner.