The Copa America is the international football competition for Men’s national teams in South America. The championship is organized by CONMEBOL, the regulatory body responsible for regulating football in the South American region. The competition takes place every four years and it is hosted by countries selected by the CONMEBOL. The championship features all the 10 CONMEBOL teams, with additional two or four teams from other Confederations. The 2021 edition will be co-hosted by Colombia and Argentina, and it will make it the first time the tournament will be staged in more than one country since 1983.

The tournament was initially billed to be Copa America 2020, taking place between June 12- July 12 2020. However, on March 17 2020, CONMEBOL announced the postponement of the tournament due to the global COVID-19 pandemic. The competition has since been rescheduled to take place from June 13 to July 10 2021. 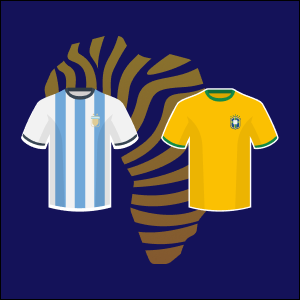 It comes as a little surprise that it is Brazil and Argentina to meet in the Copa America final. Both teams have enjoyed long unbeaten runs up to this stage (Brazil 13 games, Argentina 19 games). Brazil can count on home advantage to give them an extra boost in this game. For Argentina, the motivation ... More 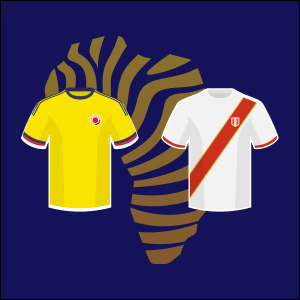 Having lost their Semifinals to Argentina and Brazil respectively, Colombia and Peru will lock horns on Saturday in search of a consolatory third-place finish. Although Colombia have a better head-to-head record, Peru’s recent form will make them a tough nut to crack in this fixture. Hence, we expect an intense battle as both sides hope ... More 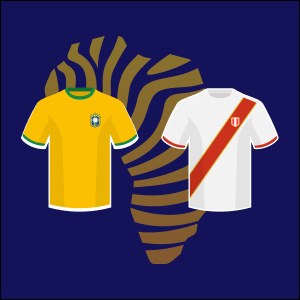 Brazil’s quest to defend their Copa America title continued in earnest with a workman-like 1-0 quarterfinal win over Chile at the Estádio Olímpico Nilton Santos. PSG midfielder Lukas Paqueta bagged the all-decisive goal shortly after halftime but the defending champions had to hang onto dear life for most of that second period after Jesus got ... More 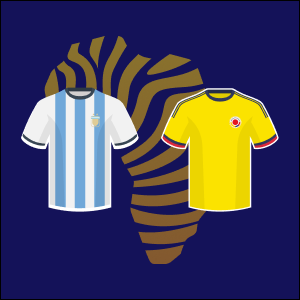 Argentina are on their road to win the Copa America title and their main man Messi has been on form recently. Colombia has for sure surprised us by qualifying to the next stages and they have another major hurdle the Argentina with whom they stand in between them and heading to the final. They will ... More 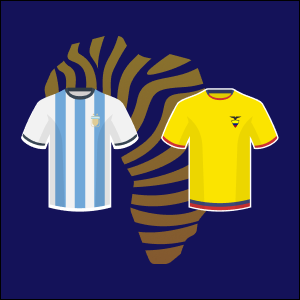 Argentina, as expected, topped their Group A with 10 points from 3 wins and 1 draw. Their last game was an emphatic 4-1 over Bolivia, an indication that the team is getting better as the tournament progresses. Their new opponents Ecuador took the last qualifying spot in group B after 3 draws and 1 loss. ... More 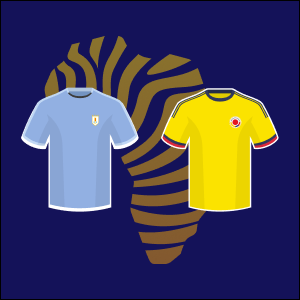 Copa America has reached the quarter-finals, with a match between Uruguay and Colombia on the schedule. Colombia struggled in the preliminary round, winning only one game. Uruguay, for their part, was able to considerably improve and win the final two group games. Colombia is not a clear favorite to win Copa America due to its ... More 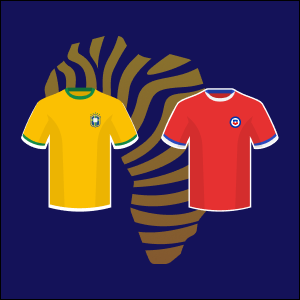 Brazil’s 100% start to this year’s Copa America was tainted by the 1-1 draw against Ecuador in the last Group game. The defending Champions would set out to get back to winning ways here as they continue their hunt for a 10th continental title. Meanwhile, Chile would be facing a huge task in this tie ... More 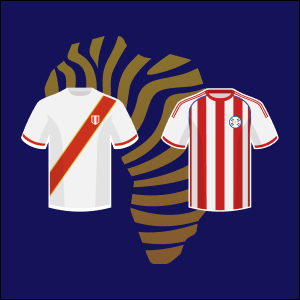 Peru bounced back from a a 4-0 opening day loss to Brazil with 2 wins and a draw in the remaining three Group B matches to finish second in the group behind the Samba Boys.  Two wins and two losses in their matches have seen Paraguay finishing third in Group A which was good enough ... More 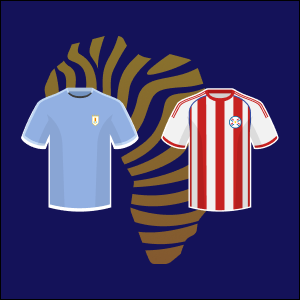 The thrills of South American football will continue on Tuesday when Uruguay take on Paraguay. For Uruguay, this game is highly crucial if they intend to keep their tournament hopes alive as they continue their search for a first win in this competition. Meanwhile, Paraguay will be looking to earn a win in this game ... More 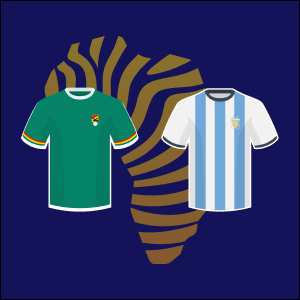 Group B leaders Argentina will play the whipping boys of the group in what looks like a David vs Goliath fixture. The Bolivians have been dismal and that run is expected to continue against Argentina. And with Messi in the ranks, the Bolivians are in for a hiding. Hence, we are backing Argentina to win ... More 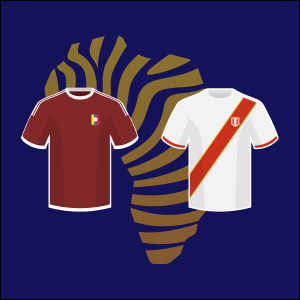 After 2 draws and 1 loss in their opening 3 matches of the tournament, Venezuela are rooted at the bottom of Group B. This final group game against Peru is a must-win for the Venezuelans if they want to have hopes of making it to the second round. Peru have managed a win and a ... More 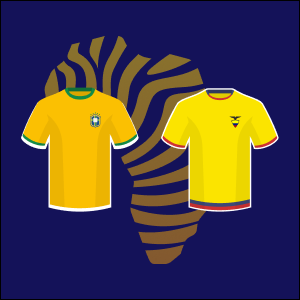 Hosts Brazil will be aiming to maintain their 100% start with another win here. The Samba Boys have won all three of their opening games, although they had to really work in their last win against Colombia, coming from a goal down to win 2-1 with a Casemiro winner deep in stoppage time Ecuador missed ... More 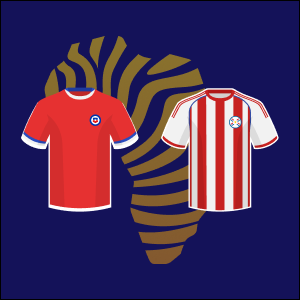 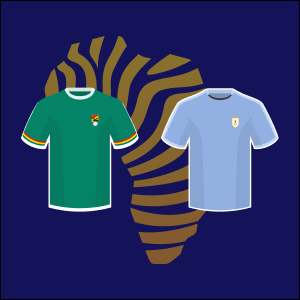 Uruguay’s opening match of the tournament saw them going 1-0 down to Argentina in a hard-fought encounter played in Brazil’s Estádio Nacional de Brasília. Óscar Tabárez will demand a better showing from his boys when in this match. Bolivia have been woeful to start the tournament, losing to Chile and Paraguay in their opening two ... More 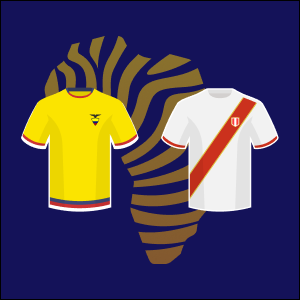 Ecuador will be looking to earn their first win at this year’s Copa America when they take on Peru on Wednesday. Alfaro’s men find themselves bottom of Group B having picked up just one point from two games. Hence, they are in dire need of points to keep their tournament hopes alive. Meanwhile, Peru rose ... More 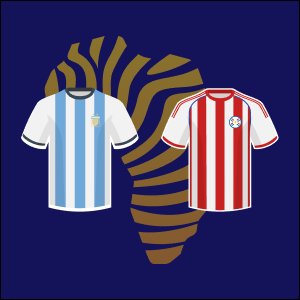 Argentina have had a slow start t the tournament but this has not dampened the mood at all within the camp. They have generally played well but failed a lack of concentration at the end of games has seen them throw away many points from winning positions. Paraguay had a bright start against one f ... More

TIP: Go to our Homepage and find the latest free betting tips for all big football leagues and tournaments

Copa America 2021 will mark the transition from staging the competition in odd years to even years. The tournament has always had a tradition of handing out invitations to other teams from other confederations, but the 2021 tournament will solely have teams from South America.

The 10 South American countries will be divided into two groups of five, namely Groups A and B based on geographical zoning. Group A which is designated the Southern Zone comprises Argentina, Bolivia, Uruguay, Chile and Paraguay, while Group B which is also known as the North Zone is composed of co-hosts, Colombia, Brazil, Venezuela, Ecuador and Peru. Group matches will be played in Argentina and Colombia, and the top four teams in each group will progress to the Quater final, while the bottom-placed teams will be eliminated.

Copa America 2021 will have 10 teams in two groups (A and B) with each group consisting of five teams. The 10 teams were allocated into the North and South Zones, with Argentina playing host to teams in the South Zone, while Colombia will be the host of games in the North Zone. A total of 28 matches will be played at the 2021 Copa America.

The top four teams in each group will advance to the Quater final stage of the competition.

The knockout phase starts with the Quater final matches which begins on the 2nd-3rd July 2021.

The Third-place playoff will be held on 9th July 2021.

In line with the latest International Football Association Board (IFAB) rule changes, teams will be able to make up to a maximum of five substitutions in a game, as against the traditional three changes. This is a consequence of the COVID-19 pandemic which disrupted the football calendar, leaving the players to deal with fixture congestion.

Players who are subbed will have to exit the pitch at the nearest boundary to not slow down the game. For penalties, goalkeepers only need to have a foot on the line and players can receive treatment before a penalty is taken. A foul will be awarded against the attacking team if there is an accidental handball leading to a goal.

Check out the best betting sites in your country and register a betting account for placing a bet on the Copa America matches!

Both the Estadio San Juan del Bicentenario in San Juan, Argentina and Estadio Hernan Ramirez Villegas in Pereira were also nominated, but they did not make the cut as part of the venues.

All the 10 countries that are members of the CONMEBOL have automatic qualification and they will all participate in the competition. In June 2019, CONMEBOL announced that former AFC Asian Cup champions, Australia, will be making their debut at the Copa America along with current Asian champions, Qatar. However, both countries withdrew as a result of the postponement of the second round 2022 FIFA World Cup qualifying to June 2021.

Therefore, only the 10 South American nations will compete at the 2021 Copa America.