Euro 2020 refers to the 2020 UEFA European Football Championship, a men’s football tournament involving European national teams that are members of the Union of European Football Associations (UEFA). The Euro tournament is held every four years and hosted by nations selected by UEFA. UEFA member nations have to play qualifying matches to determine the teams to participate in every tournament edition.

Euro 2020 was supposed to be held in June 2020 but was postponed due to the global COVID-19 pandemic. It has since been rescheduled to take place from June 11 to July 11, 2021. The tournament organizers have retained the name “Euro 2020” but the tournament is also referred to as Euro 2021. Euro 2020 will be the 16th edition of the European Championship tournament.

More details for the EURO 2020 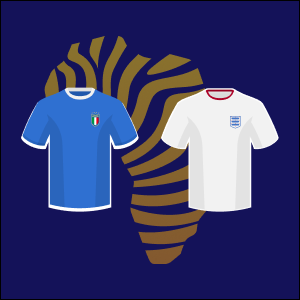 Italy extended their unbeaten run to 33 games following a 1-1 draw and subsequently a penalty shoot-out victory over Spain. The four-time world champions are now in their 4th European championship and will be hoping to add to their solitary title.  Meanwhile, England will be looking for their maiden title. Both the Italians and the ... More 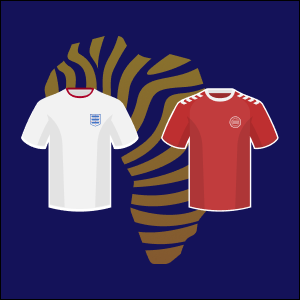 Gareth Southgate continued their fantastic run with a 4-0 drubbing of Ukraine in the Quarterfinal of the European championship and they will now turn attention to their Semifinal clash against Denmark. Denmark also scored an impressive 2-1 over the Czech Republic to advance to the last four. However, the English are the favourites but we ... More 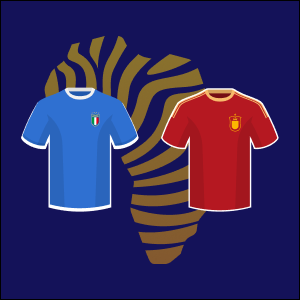 Italy’s fine form, which has seen them earn 13 consecutive wins and 32 games without defeat, will face another stern test in this Semi Final tie against Spain. The four-time world champions have now reached the semi-finals of a major tournament for the 12th time.  In fact,  they have won each of their last 15 ... More 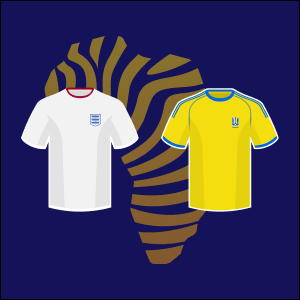 England waited for their biggest test at the Euros to impress with a comfortable 2-0 win over Germany. The Three Lions did not put a foot wrong in that game and they deservedly won. A reward for that victory is a Quarterfinal date with Ukraine. The English are favourites to win this and we are ... More 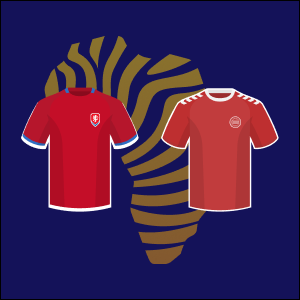 Denmark produced some wonderful football despite a 2-1 loss to Belgium before romping to a 4-1 victory against Russia to take second place in that pool. They also crushed Wales 4-0 in the previous round, scoring eight goals in their past two meetings. The Czech Republic knocked the Netherlands out of Euro 2020 in the ... More 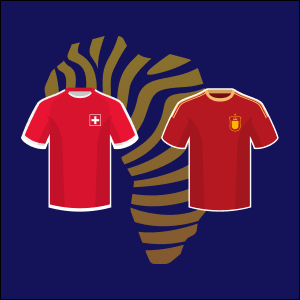 These two sides were involved in what was undoubtedly the most exciting day in Euro 2020 thus far, as both of their round-of-16 matches not only had goals galore but also went to extra time. Switzerland delivered perhaps the biggest shock of the tournament when they eliminated world champions and heavy favorites France in post-match ... More 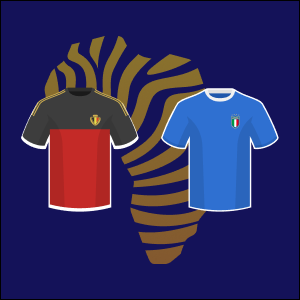 Belgium, the much-talked-about golden generation, will take on four-time world Champions Italy in this mouth-watering quarter final tie. Martinez’s men, the world’s highest-ranked side, head into this match on the back of an impressive run with victories in all three group games and a 1-0 win against defending Champions, Portugal in the last 16. They ... More 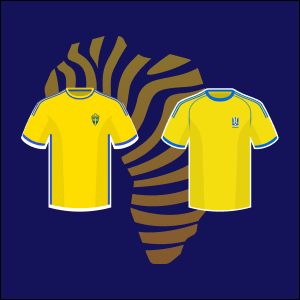 Sweden continued to show their proficiency in big tournaments as they topped their Group E, which included pre-tournament favorites Spain, finishing the group games unbeaten with a couple of wins and a draw.  Ukraine were lucky to barely make it to this stage. Despite losing two group games, their opening day win over Poland saw ... More 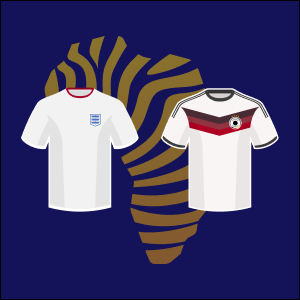 Old foes England and Germany will renew their rivalry at the ongoing Euro 2020. This time, the prize for a triumph is a place in the last eight of the Euros. England finished top of their group, although they were not quite convincing. It is no different for Germany who finished second in Group F. ... More 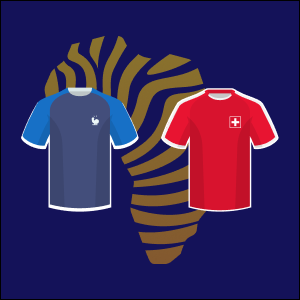 Tournament favorites France lived up to their reputation by topping the so-called group of death that included Germany, Portugal, and Hungary. Les Blues are yet to lose in this tournament and are expected to pick up another win in this Round-of-16 tie. Switzerland scrapped through as one of the best 3rd placed teams after 1 ... More 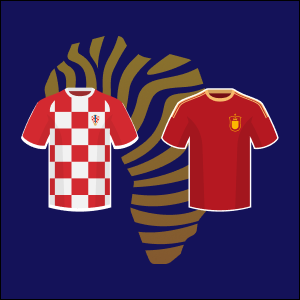 Spain saved the best for last as they literally put up a five-star performance in their final group game,  putting Slovakia to the sword with a dominant 5-0 win to finish second in Group E behind Sweden.  After a slow start to their group games, Croatia also turned up the heat on Scotland with a ... More 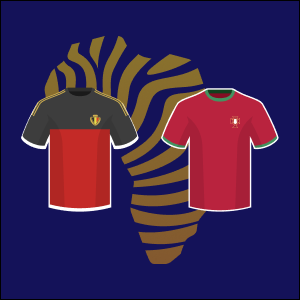 Belgium has scored at least one goal in each of its last six international games. They also advanced to the Round of 16 by winning all of their group matches, and we predict that they will advance to the next round as well.  Four of the last seven meetings between the two have ended with ... More 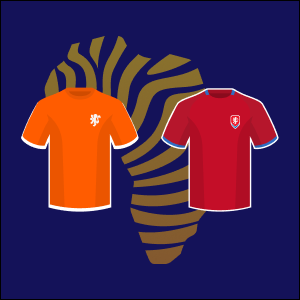 The Netherlands will take on Czech Republic in the Round of 16 in Budapest for a place in the quarter-final of the European championship. After finishing top of their group with three wins, the Oranje are the favourites for this game. However, the Czech side have shown their capabilities. Given the not too impressive Dutch ... More 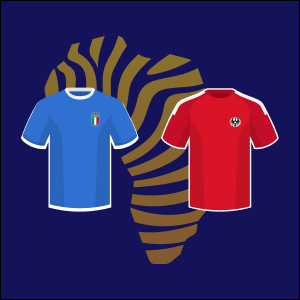 Without a doubt, Italy have been one of the most impressive sides at this year’s tournament as they breezed through the group stages with three straight wins without conceding a goal.  In fact, they are now unbeaten in 30 games, the joint longest run in their history. They would look to protect that run as ... More 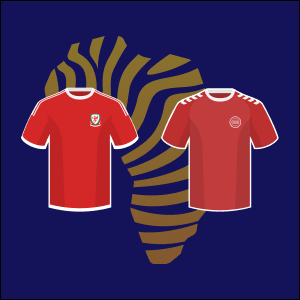 Wales is a hugely experienced international team that has shown in two tournaments that it is capable of achieving results in a variety of ways. Their flexibility is well-suited for tournament action, and it will be crucial in the Round of 16. Wales has scored less than 2.5 goals in four of its most recent ... More 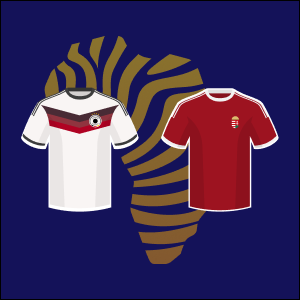 Germany bounced back from their opening game loss to France to emphatically beat Portugal 4-2. The win demonstrated Germany’s efficient attack, which they intend to carry into this game to secure qualification into the next round. Hungary also had a great result by their standards, holding France to a 1-1 draw to remain in contention ... More

TIP: Visit our free betting tips page for expert predictions covering all the big football leagues and tournaments, including the 2021 European Championship.

Euro 2020 is a special edition tournament that will be used to celebrate the 60th anniversary of the European Championship. UEFA decided that this edition will be held in 12 different countries, each producing one host city.

There were also concerns about the costs of hosting the big tournament. Turkey is the only country to submit a single bid to host it. There were joint bids from Ireland, Scotland, and Wales, and another from Azerbaijan and Georgia.

Hosting the tournament did not guarantee automatic qualification. All UEFA member nations had to play qualifying matches and some hosts failed to qualify in the end. The Stadio Olimpico in Rome will host the opening game of the tournament. The largest venue among the 12 host cities, Wembley Stadium will host the semi-finals and finals.

UEFA executive committee removed Brussels, Belgium as a host city after delays in the construction of their new Eurostadium which was supposed to be used for the tournament.

Euro 2021 will have 24 teams in 6 groups (A to F), with each group having four teams. The host nations that qualified for the tournament were placed in groups based in their home cities. They will get to play all their three group games at home (except for Russia, which will play 2 group games at home and 1 away). A total of 51 matches will be played throughout the tournament.

The top two teams in each group will proceed to the round of 16 where they will be joined by the four best third-placed teams.

Teams at Euro 2021 will be allowed to have a maximum of 5 substitutes in their matches at the tournament, up from the usual 3 subs. In case of extra time, a sixth sub will be allowed. The changes became necessary following the COVID-19 pandemic, which created fixture congestion and imposed an extra burden on players.

UEFA’s executive committee is also open to allowing more than the usual 23 players in each squad. This is to cover for a possible COVID-19 outbreak in the teams during the tournament. It will also help in reducing players’ fatigue following a season of congested fixtures.

Read our review of best betting sites to know which bookmakers offer high odds and other great offers for their ccustomers.

All the 55 UEFA national teams had to go through a qualification process to compete for the 24 tournament places. There were no automatic qualification spots even for the 12 host nations. The host cities were picked before the qualifying matches started, so there was a chance some host nations would miss the tournament.

Link to the UEFA Nations League

The 2018/2019 UEFA Nations League was linked to the qualifying process for the 2020 European Championship. The outcome was used to determine which teams go to the playoffs to fill the four remaining slots for the Euro 2021 tournament. This provided teams with another route to qualify for the tournament. Find an overview over all Leagues at our Soccer predictions site.

The UEFA Nations League has four divisions. Each division was allocated one qualification slot. Four teams from each division that had not yet qualified for Euro 2020 were given a chance to compete for the qualifying slot through a playoff format.

The playoff comprised of a one-off semi-final game and a finals game to determine the winner that gets the qualifying spot. The four teams to qualify through the playoffs were Scotland, Slovakia, Hungary, and North Macedonia.