The 2022 FIFA World Cup will be held in Qatar from 21 November to 18 December 2022. This will be the 22nd edition of the men’s football tournament that draws qualified national teams of FIFA member countries from across the world. The tournament is held every 4 years and is hosted by a country selected by FIFA. A total of 32 nations are set to compete to be crowned the FIFA World Cup Champions. Qatar becomes the first Arab country and the first Muslim-majority nation to host the FIFA World Cup.
Read our World Cup qualifiers predictions and become a winner! An overview for all Leagues can be found on our Football predictions page 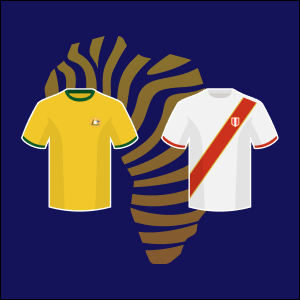 The Intercontinental World Cup slots will be decided this week and one of the eagerly anticipated encounters sees Australia trade tackles with Peru for a place at the World Cup in Qatar. Both sides were at the last World Cup, after winning their play-off matches respectively. This time, however, only one of them will be ... More 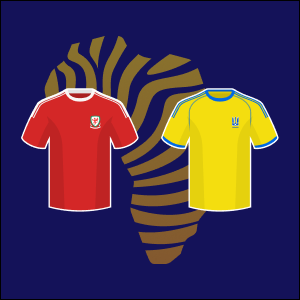 A Gareth Bale double either side of halftime at the end of March put them on course for a crucial 2-1 win that earned them a chance to grab one of the remaining slots at Qatar 2022. The Dragons have since played a couple of matches without a win, including a 2-1 loss away at ... More 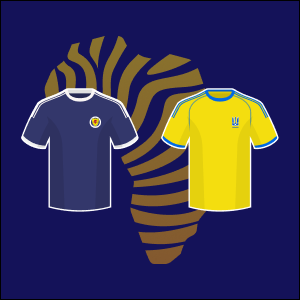 After months of delay occasioned by the strife between Russia and Ukraine, Scotland and Ukraine will slug it out for the Qatar 2022 World Cup ticket. The Scots have a lot of injuries to contend with, but they are confident ahead of the fixture with the Ukrainians. Ukraine on the other hand, have no such ... More 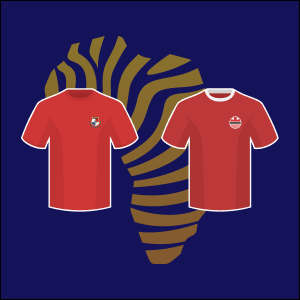 Panama’s hope of qualifying for the World Cup is hanging on a thread as they host the group leaders Canada. With only two matches left to play, Panama must get result from this game to boost themselves of reaching the possible qualification spot. That said, Canada’s qualification to Qatar World Cup is already a done ... More 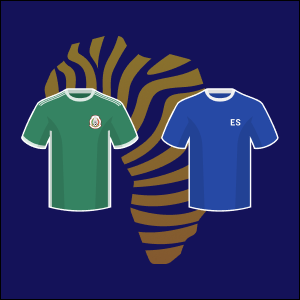 A very narrow 1-0 winning against Honduras depicts a blocked free flow of goals from the Mexican squad though much credit is still on their defensive line. This fixture can not be an intimidating one to the hosts as El Salvador has been among soft rivals to Mexico, due to their success of managing to ... More 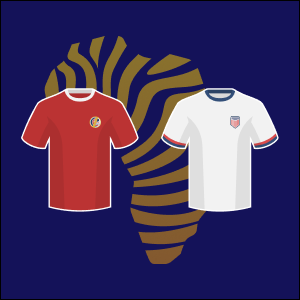 16 points from their six games has taken Costa Rica from the second bottom of the qualifiers playoffs spot, with a stunning record of six unbeaten games so far. Costa Rica will have everything to run for even as host USA at Estadio Nacional de Costa Rica on Thursday.  After putting up an intriguing performance ... More 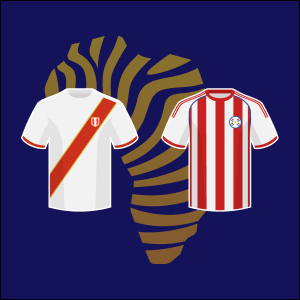 Peru’s 7 undefeated streaks were ended by De Arrascaeta’s opening goal during their travel to Uruguay after losing by 1-0. The last 8 encounters with their visitors in this fixture give them much credit that they can keep a point(s) at home as they have maintained to be undefeated. Meanwhile, after a very long wait ... More 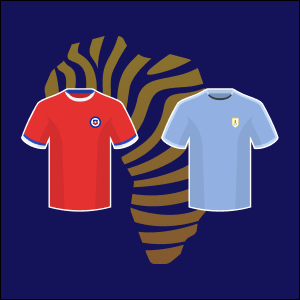 When Chile and Uruguay face off in the morning on Wednesday in Santiago de Chile, expect a showdown. The goal for Chile is to avenge their humiliating 4-0 defeat to Brazil. Uruguay, on the other side, performed admirably in their victory over Peru, sealing their World Cup finals spot. They have absolutely nothing to lose ... More 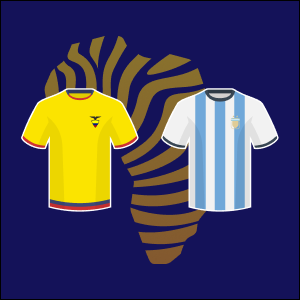 Both Ecuador and Argentina have already qualified for the World Cup Qatar 2022. Argentina remains unbeaten in the qualifiers with 11 wins and 5 draws. Ecuador lost their last match 3-1 to Paraguay to make it 3 games in a row without a win. Getting a win in this match is not going to be ... More 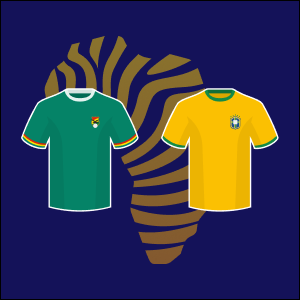 Bolivia have nothing to play for other than pride in the race to reach Qatar 2022, but their woes could yet be compounded with the visit of Brazil. The Brazilians are top of the South American qualifying zone, and they will be looking to add yet another scalp. Throughout this qualification series, Tite’s men have ... More 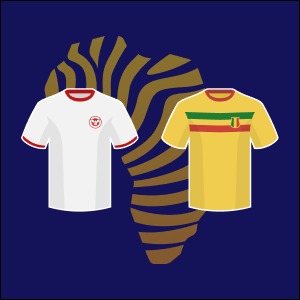 Tunisia are in pole position to qualify for the 2022 World Cup in Qatar following a 1-0 win in Bamako a few days ago. The North Africans benefitted from a rush of blood moment suffered by 21-year-old Moussa Sissako who put the Ball past his goalkeeper with no pressure whatsoever. To cap a bad outing ... More 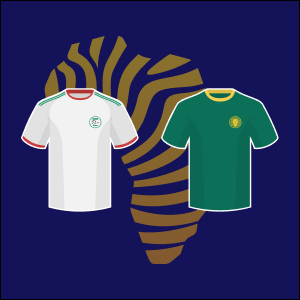 Algeria are still indisputable amongst Africa’s best sides as they shown in their 1-0 success in the first leg, In spite of their AFCON woes. Here, the Desert Foxes will be confident to build on their solid first leg performance with another hard-fought performance. On the other hand, the new coach of Cameroon, Big Chief, ... More 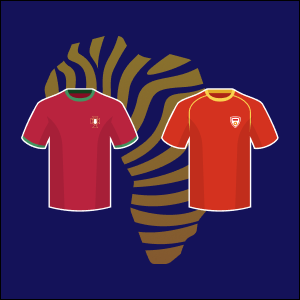 Portugal’s quest for a place in Qatar continues in this play-off tie against North Macedonia. Santos’ men gave their all in the 3-1 victory over Turkey in their last qualifying match. In this tie, they will be counting on their firing power to do the job once more. A 1-0 win over European Champions Italy ... More 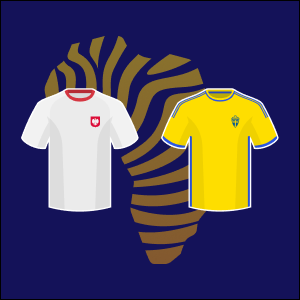 Poland will be looking to punch their ticket for the Qatar 2022 World Cup when they host Sweden in this winner-takes-all in Chorzów. The Poles were given a pass to this final after their semifinal opponents Russia were suspended by FIFA because of Russia’s invasion of Ukraine last month. Sweden had no such luxuries and ... More 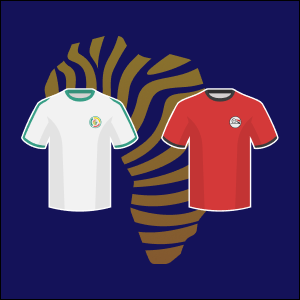 After losing the 1st leg of this tie 1-0 away to Egypt, Senegal have all to play for in this 2nd leg in front of their home fans. For Egypt, all they have to do is to avoid defeat in this match and they will have booked a ticket to Qatar World Cup 2022. We ... More 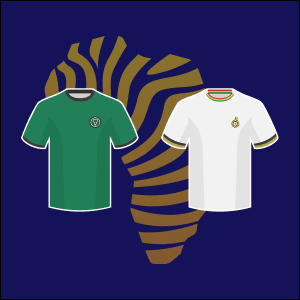 Nigeria and Ghana will slug it out in the second leg of this year’s World Cup Qualifiers. After a barren draw in Kumasi in the reverse fixture, the Super Eagles must avoid a home defeat to ensure 6th appearance at the global showpiece. Although the Black Stars headed into the first leg on a dismal ... More 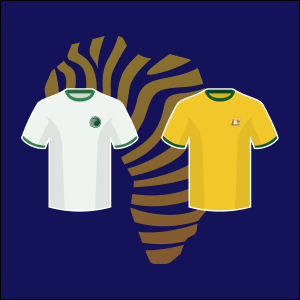 The Saudis are more focused on keeping their reign over this group right now despite the mixed forms in their recent games. They managed to win all their home games in this competition which is a very promising performance and this gives hope that we might see them extend their home dominance following their 2-0 ... More 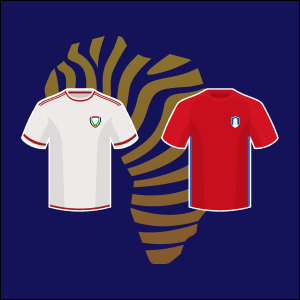 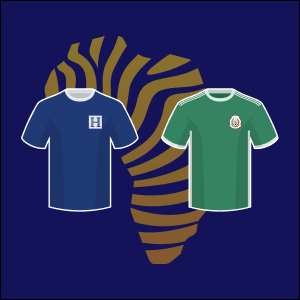 Honduras are on a terrible run of 8 consecutive losses, leaving them at the bottom of the World Cup qualifying group. Mexico are 3rd in the group, occupy the last spot for direct qualification to the World Cup from this region. A win is needed to consolidate their position. Going by the relative form of ... More 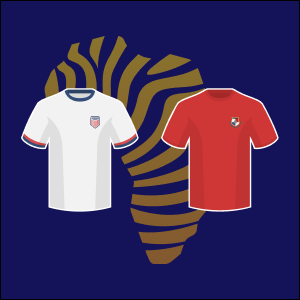 Second place USA will be looking to solidify their position as they host Panama in the latest match in the series of qualifications games in the CONCACAF region. Playing at home will give the Stars and stripes an advantage over the visitors who are desperate to get more points on the board. The United States ... More

Qualification for Qatar 2022 is based on the 6 continental football federations under FIFA. Each continental federation is given an agreed number of slots out of the total number of 32. Member nations compete for these slots for the right to participate in the main event. The host nation qualifies automatically. The continental regions are:

Each continental federation has its own format for determining which members qualify to represent the continent at the world cup. This is commonly done through group matches, league format, or knockout matches.

Africa is allocated 5 slots out of the final 32 teams to participate in Qatar 2022. There are a total of 54 national teams that are members of the Confederation of African Football (CAF) competing for the five places available. All the 54 member associations of CAF entered qualification. The seeding was done based on  FIFA rankings.

The qualification format used by CAF for Qatar 2022 is divided into three rounds:

28 teams ranked number 27 to 54 are paired and play each other over two legs home-and-away. The 14 winners advance to the Second Round. The national teams ranked 1 to 26 at the time of the draw also qualify for the second round automatically. The first round was held on 4-7 September 2019 (first leg) and 8-10 September 2019 (second leg).

There are now 40 teams and they are divided into 10 groups of 4 teams each. Seeding is done according to FIFFA rankings at the time of the draw. The teams in each group play each other home-and-away in a round-robin format. The 10 group winners proceed to the third and final round.

The Second Round consists of 6 matchdays spread through 2021. The first matchday will be held from 31st May to 15th June. The final matchday is scheduled for 4-12th October 2021.

The third round is played by the 10 group winners from Round Two. The teams are seeded and paired according to the latest FIFA ranking. They play each other home-and-away over two legs. The five winners qualify for Qatar 2022. The third round matches will be played on 8-16th November 2021.

Europe takes the lion’s share of the 32 world cup slots available to FIFA members. The Union of European Football Associations (UEFA) will produce 13 teams for the tournament. All 55 member nations of UEFA will enter qualification to compete for the available slots. The European qualification path follows UEFA’s usual format of Group Stage and Playoff Stage. The results of the 2020/2021 UEFA Nations League will be factored into the qualification process.

There will be 10 groups comprising 5 or 6 teams each. The top 4 teams from the UEFA Nations League finals will be placed in smaller groups. The 10 group winners qualify directly for the World Cup. The 10 group runners-up proceed to the playoff stage.

The playoff stage is contested by a total of 12 teams. These include the 10 runners-up from the group stage plus 2 highest ranked UEFA Nations League group winners who fail to finish in the top 2 of the world cup qualifying group stage. The 12 teams at this stage are divided into 3 groups. In each group, the 4 teams are paired and they play each other in a one-legged knockout format of semi-finals and finals. The 3 winners from each group qualify for the world cup. They join the winners from the group stage to make it 13 European teams at the world cup.

The second round of the qualification format consisting of group stage matches has brought together some interesting matchups. Only 1 team can proceed from each group so some big names are likely to miss out. Continental giants Cameroon and Ivory Coast are both in Group D; Egypt battles Angola in Group F, and Ghana will face South Africa in Group G. The other top teams have relatively easy groups that they are expected to win.

Our World Cup qualifiers predictions for Africa
From the qualification path, the most likely teams to qualify for Qatar 2022 from Africa are; Tunisia, Algeria, Cameroon, Nigeria, and Egypt.

The European format gives a second chance to big teams that fail to top their qualification groups to qualify via the playoff stages. This means that there will be competition for the top 2 slots of each group.

Our World Cup qualifiers predictions for Europe
The 10 teams that are likely to top their respective groups are: Portugal, Spain, Italy, France, Belgium, Denmark, Netherlands, England, Germany, and Croatia.